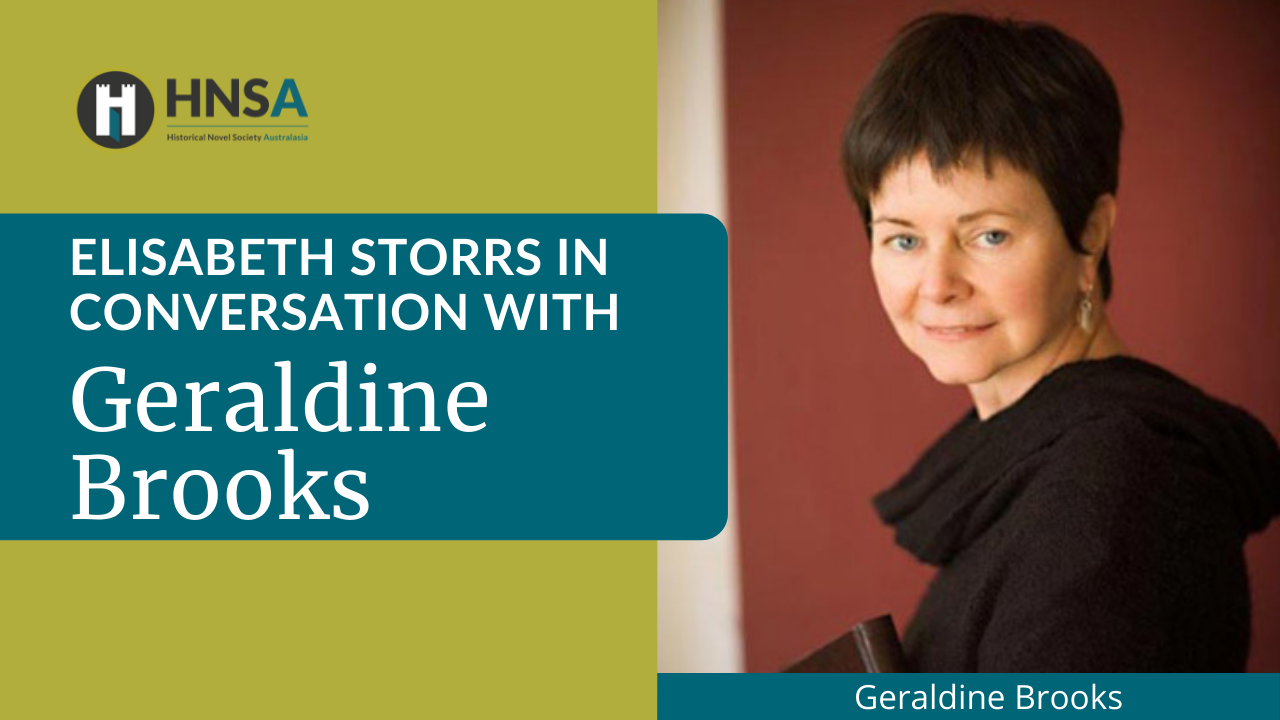 Geraldine Brooks’ first historical novel, Year of Wonders, has proved to be a portent of a world in lockdown. Her subsequent novels have restored or reimagined many lost histories. Elisabeth Storrs, HNSA Chair, explores the conference theme with Geraldine by discussing these award-winning books.

Australian-born Geraldine Brooks grew up in Sydney. She worked as a reporter for The Sydney Morning Herald and The Wall Street Journal, where she covered crises in the mideast, Africa and the Balkans. She was awarded the Pulitzer Prize in fiction in 2006 for her second novel, March. Her novels Caleb’s Crossing and People of the Book were New York Times best sellers. Her first novel, Year of Wonders is an an international bestseller, translated into more than 25 languages and currently optioned for a major motion picture starring Andrew Lincoln. Her most recent novel is The Secret Chord. For further information: