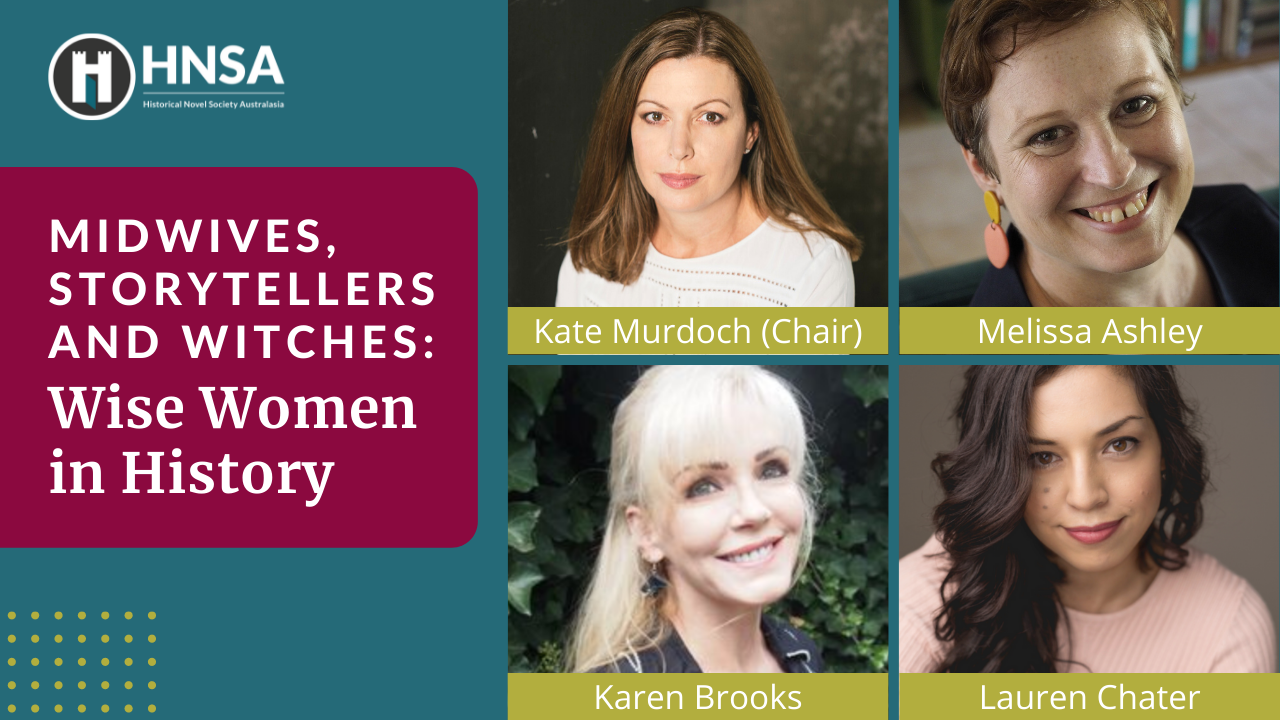 History tells many tales of women whose intelligence and skills allowed them to work with a degree of autonomy within patriarchal societies. Yet often this required them to withstand huge societal pressures. Kate Murdoch will investigate with Karen Brooks, Lauren Chater and Melissa Ashley why ‘wise women’ in past centuries were prone to persecution, condemnation and ostracism.

Kate Murdoch’s short-form fiction has been published in literary journals in Australia, UK, US and Canada. Stone Circle, a historical fantasy novel set in Renaissance Italy, was released in 2017. Stone Circle was a First in Category winner in the Chaucer Awards 2018 for pre-1750’s historical fiction. Kate was awarded a KSP Fellowship at the KSP Writers’ Centre in 2019 to develop her third novel. The Orange Grove, about the passions and intrigues of court mistresses in 18th century France, was published in 2019. The Orange Grove was a Finalist in the Chaucer Awards 2019 for pre-1750’s Historical Fiction. For further information:

Melissa Ashley is the author of historical fiction The Bee and the Orange Tree and The Birdman’s Wife, which won the Queensland Literary Awards fiction prize and the Australian Booksellers Association Booksellers’ Choice Award. She has published a collection of poetry, The Hospital for Dolls. Melissa lives in Brisbane with her family. For further information:

Karen Brooks is the author of fourteen books – historical fiction, historical fantasy, YA fantasy, and one non-fiction. She was an academic for over 20 years, a newspaper columnist and social commentator. She has a Ph.D. in English/Cultural Studies and has published internationally on all things popular culture, education and social psychology. An award-winning teacher, she’s taught throughout Australia and in The Netherlands and keynoted at many education conferences. Nowadays, she finds greatest contentment studying history and writing, and helping her husband in his Brewstillery, Captain Bligh’s. She shares a beautiful stone house in Hobart, Tasmania, built in 1868, with her husband, adorable dogs and cats, and shelves brimming with books. For further information:

Lauren Chater writes fiction with a particular focus on women’s stories. After working for many years in a variety of media roles, she turned her passion for reading and research into a professional pursuit. Her debut novel The Lace Weaver was published in 2018. Her new book is Gulliver’s Wife. She lives in Sydney with her husband and two children. The Lace Weaver won the pitch contest at our 2015 conference. For more information: