Bring Your Research to Life: Making Fiction from Historical Truth with Kathryn Heyman 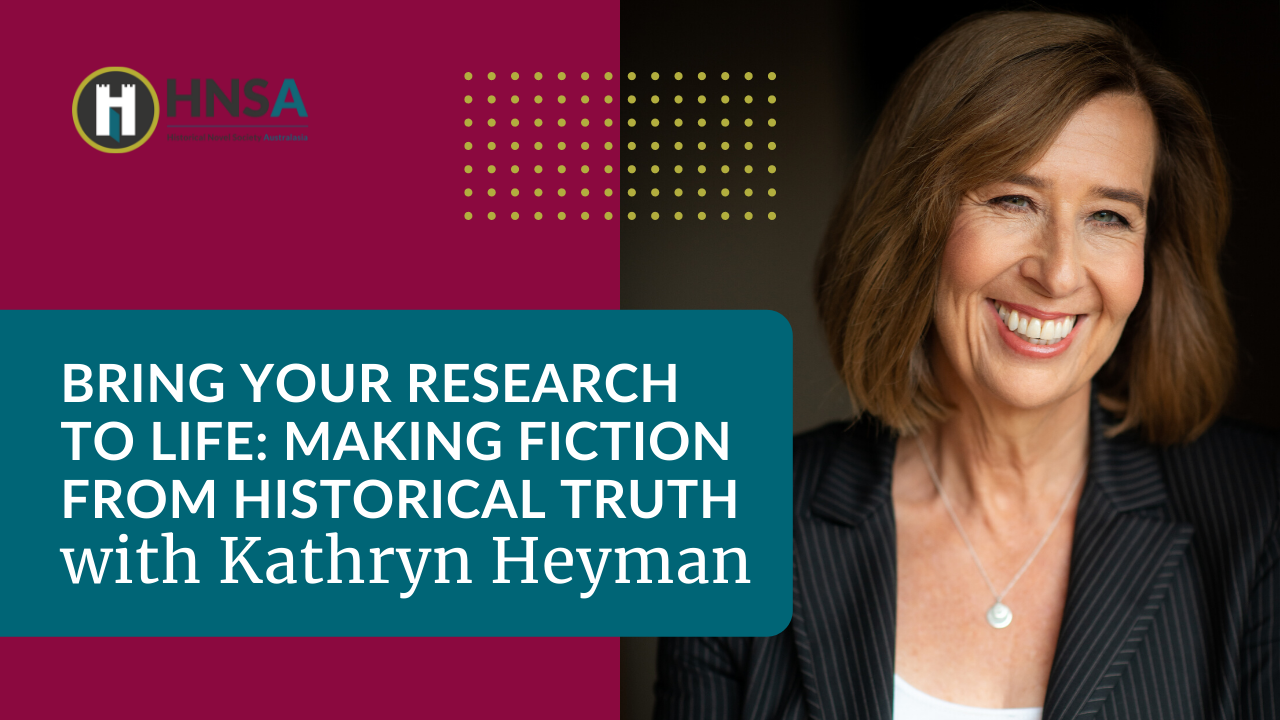 Humans seek meaning from the past, and we are hardwired to find that meaning through story. In this masterclass, award-winning novelist and memoirist Kathryn Heyman (Captain Starlight’s Apprentice, Fury) helps you take research and turn it into a work of art. Whether you’re working on a novel inspired by true events, or setting an entirely imagined story in the past, you’ll discover how to find the right voice for your work, how to create compelling scenes, how to find the drama in the truth.

Using a mixture of example, discussion and carefully selected exercises, developed over almost two decades of coaching writers, Kathryn Heyman will help you discover the truth of your story. You’ll leave with a clear sense of how to get to the core of your idea and how to bring your research to life. We’ll discover what questions to ask in your research, how to infuse research with life and – crucially – when to let it go. You’ll finish the workshop with a much clearer sense of what you need to do to make your novel sing.

This workshop will not be recorded.

Kathryn Heyman taught Creative Writing at the University of Oxford and is now the director of the Australian Writers Mentoring Program. For further information: