Show and Tell: Weaving a Story around a Treasured Possession 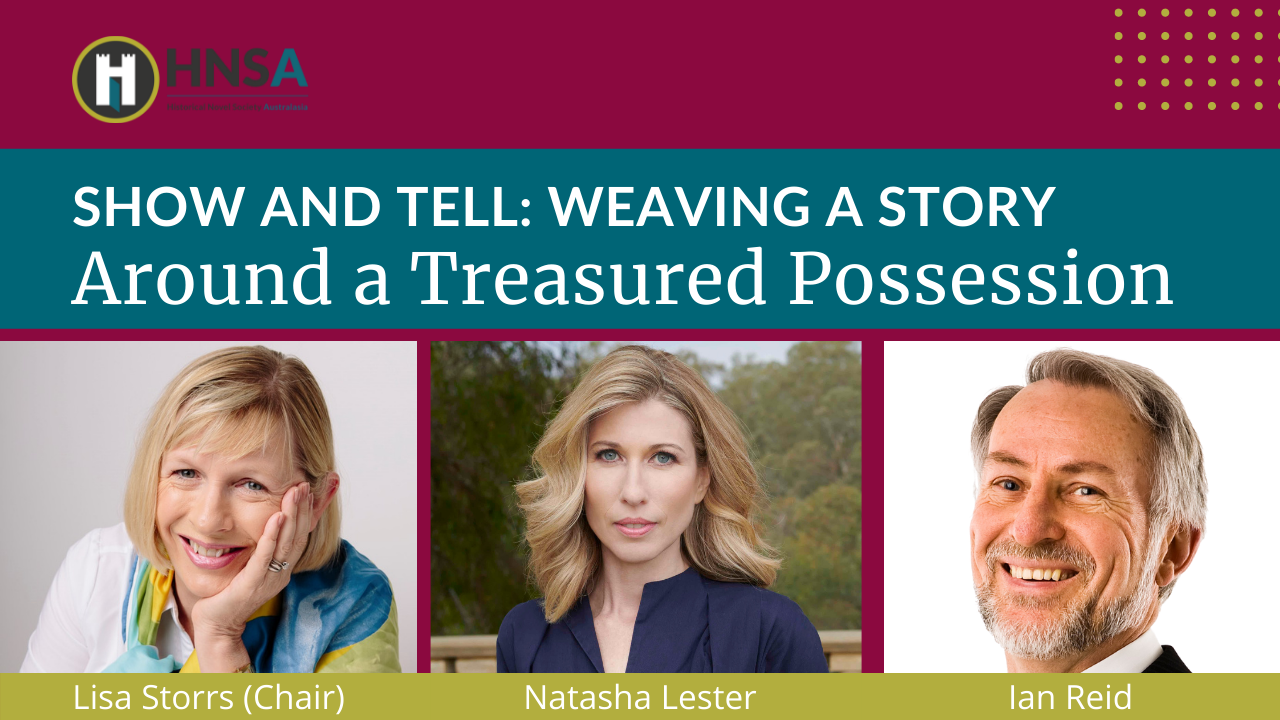 From where does inspiration spring? How can an object be used to provide the focal point for a narrative? Elisabeth Storrs, will ask Natasha Lester and Ian Reid to show and tell us how a painting and an embroidered coat are the catalysts for their plot arcs and interactions between their characters.

Natasha Lester is the New York Times bestselling author of The Paris Seamstress, The French Photographer and The Paris Secret, and a former marketing executive for L’Oreal. Her new novel is called The Riviera House. Her books have been translated into many different languages and are published all around the world. When she’s not writing, she loves collecting vintage fashion, practising the art of fashion illustration and reading about history. Natasha is a sought-after public speaker and lives with her husband and three children in Perth, Western Australia. For further information:

Ian Reid grew up in New Zealand and has lived for many years in Perth. The Madwoman’s Coat is his fifth historical novel. He is the author of 15 books — mainly fiction, poetry and literary criticism — and editor of several more. Ian’s work has been widely published, winning international recognition including the Antipodes Prize and being translated into five languages. He is an Adjunct Professor in English and Literary Studies at the University of Western Australia. For further information: