Stephen Romei in Conversation with Steven Carroll and Pip Williams 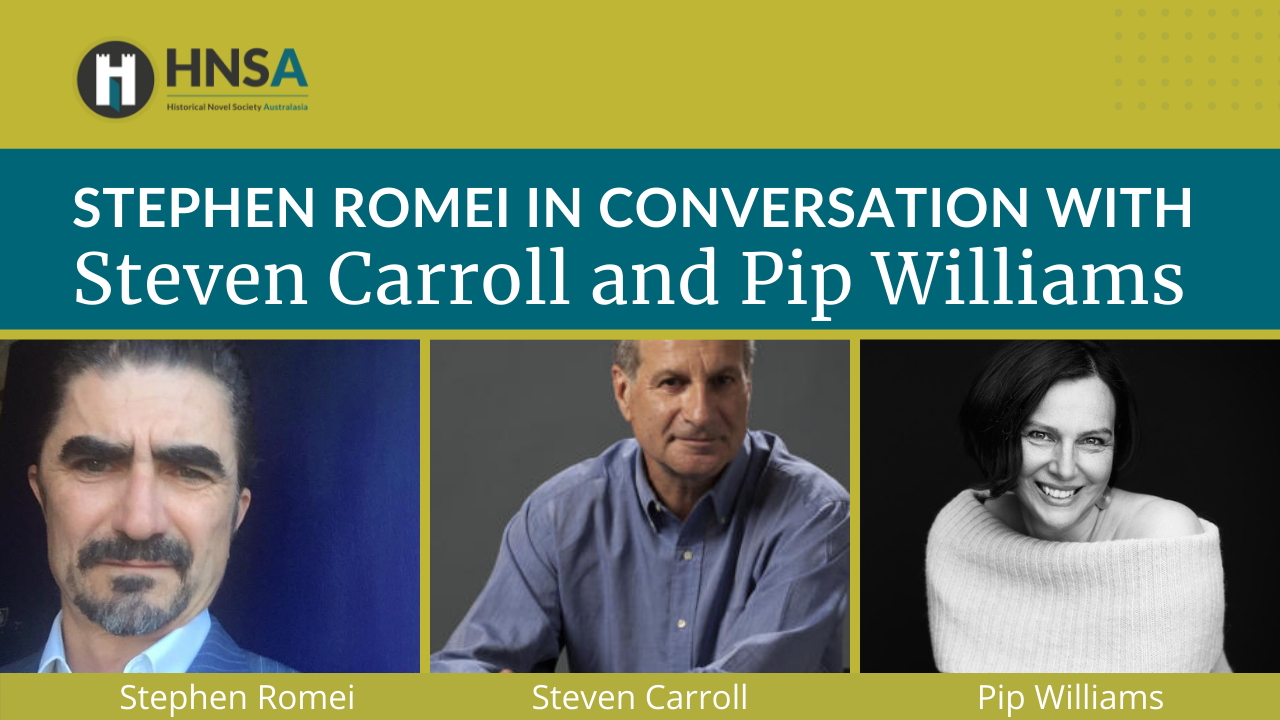 The Dictionary of Lost Words reveals a woman seeking to define the words of women erased from texts written by men. O peels back the story of a famous female erotica writer whose identity is buried beneath layers of intrigue. Stephen Romei speaks with Pip Williams and Steven Carroll to tease out the intersections within their novels of hidden women’s histories.

Writer and critic. For further information:

Pip’s first publication was a poem in Dolly magazine when she was fifteen. She is co-author of the book Time Bomb: Work Rest and Play in Australia Today and in 2017 she published One Italian Summer, a memoir of her family’s travels in search of the good life. In 2020, Pip published The Dictionary of Lost Words which was the bestselling debut novel in 2020 and the winner of several awards, including the MUD Prize for debut fiction, the Indie Book of the Year, the ABIA General Fiction book of the year, and the NSW Premier’s Literary Awards People’s Choice Award. For further information:

Stephen Carroll’s The Time We Have Taken won the Commonwealth Writers and Miles Franklin prizes, and his A World of Other People was named joint winner of the Prime Minister’s Literary Award for fiction in 2014. Steven Carroll was born in Melbourne and grew up in Glenroy. He went to La Trobe University and taught English in high schools before playing in bands in the 1970s. After leaving the music scene he began writing as a playwright and became the theatre critic for The Sunday Age. He has recently given up his lecturing post at RMIT to write full time and lives in Brunswick, Victoria. His novels The Art of the Engine Driver and The Gift of Speed were both shortlisted for the Miles Franklin Award. In 2008 The Time We Have Taken won the Commonwealth Writers Prize for Best Book, South-East Asia and South Pacific region as well as the 2008 Miles Franklin Award, Australia’s most prestigious literary prize.