The Indescribable Truth: Introducing the Holocaust to Young Readers 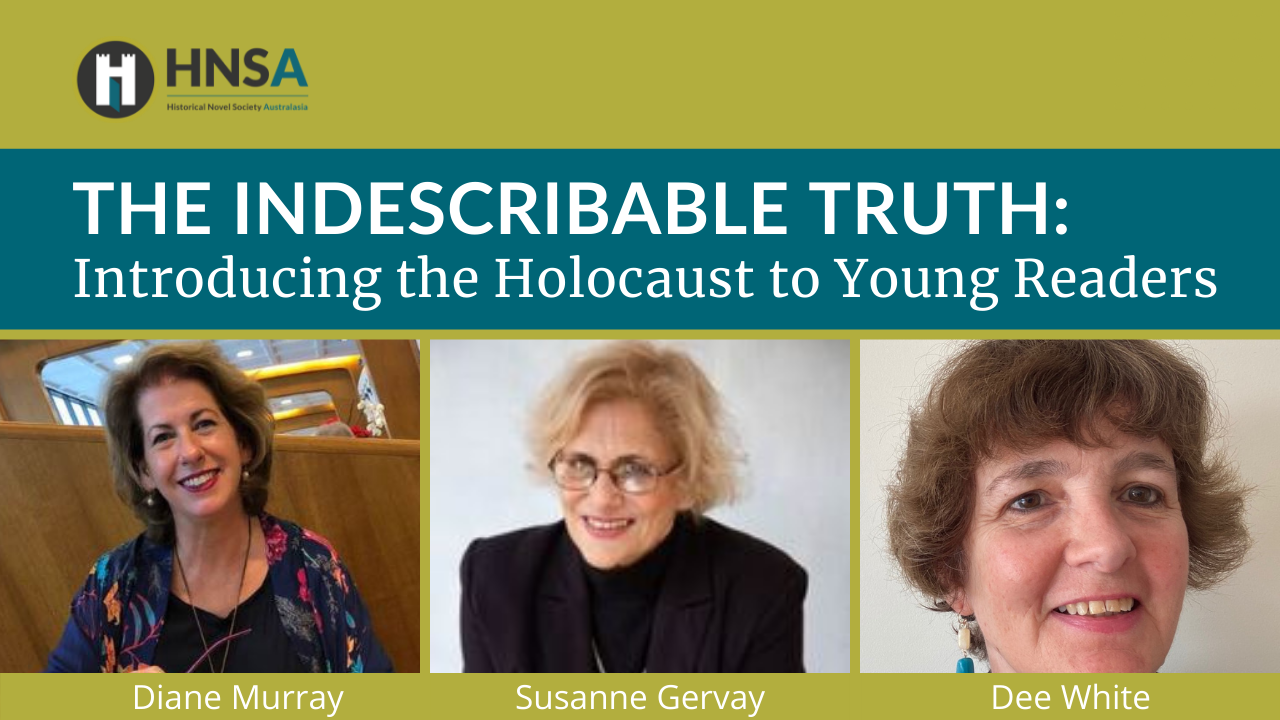 The horror of the Holocaust continues to shock generations who question how such unfathomable evil could have existed, and hope the call for ‘never again’ is heeded. When is the ‘right’ time to expose a young reader to the Shoah? And how does a writer tread the tightrope between triggering nightmares or awareness? Susanne Gervay and Dee White, answer these questions in discussion with Diane Murray.

Diane is an interior architect and writer who designs offices by day but writes and reads historical fiction at night. Her recent novel, Printer’s Ink, the biography of Australian newspaper pioneer Marion Leathem and the accompanying exegesis, Unreal Truths: The Lies in Every Story investigate the impact of historical biography on the writer’s unconscious mind and the intriguing psychological transferences which occur between a writer and her subject. Previously a former Deputy Chair of the NSW Writer’s Centre, Diane has been on the executive committee of the HNSA since 2014. Diane was awarded her PhD in 2016. For further information:

Dee White is the author of more than 20 books for children and young adults. Beyond Belief, inspired by the true story of Muslims at a Paris mosque who saved Jewish children during WWII was a CBCA Notable book, a Crystal Kite finalist and a finalist from 1400 entries in the Screencraft 2021 Cinematic Book competition. Dee has presented workshops and talks throughout Australia and overseas including the Amsterdam SCBWI Europolitan Conference and 2018 Sharjah International Book Fair. Her current WIP is inspired by the true story of a 15 year-old boy who escaped over the Berlin Wall. For further information: