The Times They are A-Changin: 1960s Historical Fiction 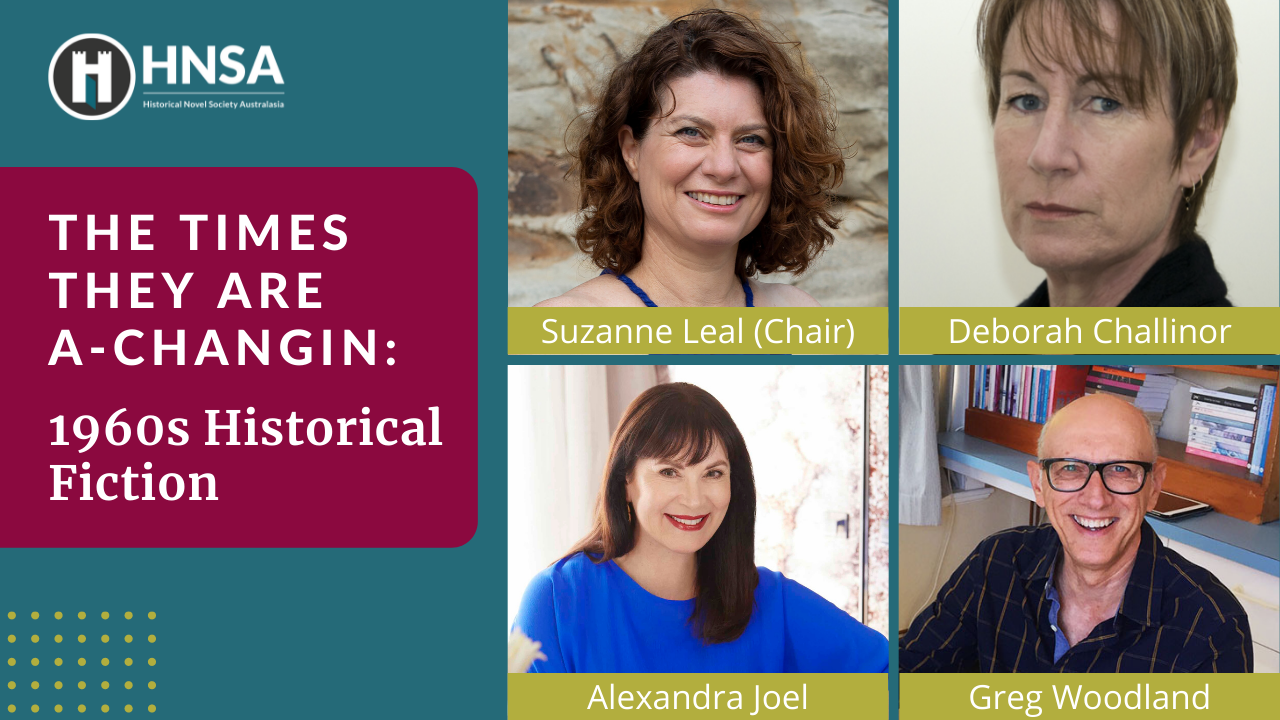 Step aside Tudors and WW2! The Swinging Sixties now fall officially within the definition of historical fiction. From a murder in rural Australia through to Sydney’s notorious Kings Cross onto the glamour of a royal wedding in London, Suzanne Leal explores what drew Greg Woodland, Deborah Challinor and Alexandra Joel to this decade and what was involved in researching a more recent era.

Suzanne Leal is the author of novels The Teacher’s Secret, Border Street and, most recently, The Deceptions , which was shortlisted for the Mark and Evette Moran Nib Literary Award and won the Nib People’s Choice Prize. A regular presenter at literary events and co-presenter of the BAD All About Crime podcast, Suzanne is the host of Thursday Book Club, a relaxed, friendly book club connecting readers online. For further information:

Deborah Challinor is the author of 17 bestselling historical fiction novels, two works of non-fiction about the Vietnam War, and a young adult novel. In 2018 she became a Member of the New Zealand Order of Merit for services to literature and historical research. She has a Ph.D. in history, and taught writing historical fiction at university for several years. She writes full time and her books are sold in New Zealand, Australia, the UK, and in eBook, audio and large print. Her next book, due out in April 2022, is the fourth in a quartet set in New Zealand, Sydney and Vietnam in the 1950s and 1960s. For further information:

Alexandra Joel is an internationally published, best selling author. Her books include Rosetta:A Scandalous True Story, The Paris Model and her latest novel, The Royal Correspondent. She is also the author of Parade: The Story of Fashion in Australia. Alexandra is the former editor of Harper’s Bazaar and Portfolio, Australia’s first magazine for working women. She has an honors degree from the University of Sydney and a Graduate Diploma in Applied Psychology. Alexandra lives in Sydney and has a passion for history, art, fashion, politics – and many, many books. For further information:

Greg Woodland comes from a screenwriting and filmmaking background, and has been the head of Sydney’s leading script development business, Script Central, since 2003. The Night Whistler is his first published novel. It is the first book in a rural crime series set in the fictional New England town of Moorabool in the late 1960s and ‘70s and is a finalist for the 2021 Ned Kelly Award for Best Debut Crime fiction. Greg’s second crime novel in his Moorabool series will be published in 2022. He is currently writing his third novel, an urban fantasy, set in the time of the pandemic, and is looking forward to being able to go bush again to research the third novel in his crime series. For further information: