Chat Salon: WW2 – Europe and the ANZACs with Kate Forsyth 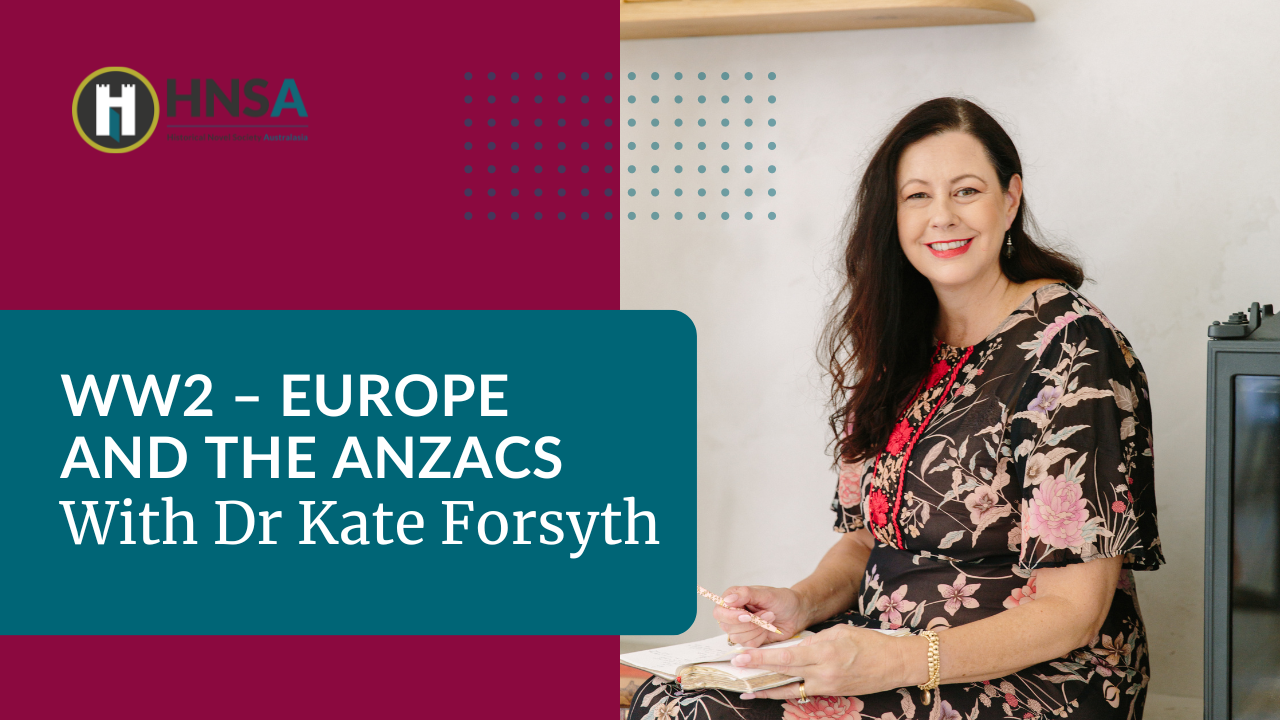 An ever-popular topic, Kate Forsyth will delve into WW2 and 1940s social history, discussing her research into the European theatre of war which most recently included the participation of ANZAC troops in Crete. Kate has published two novels set in this unforgettable period of history, The Crimson Thread and The Beast’s Garden, and is ready to share her unique insights and lead a fascinating discussion with you.

Dr Kate Forsyth is an award-winning author, poet, and storyteller. Her most recent novel is The Crimson Thread, a reimagining of ‘The Minotaur in the Labyrinth’ myth set in Crete during the Nazi invasion and occupation of World War II.

Other historical novels include Beauty in Thorns, a reimagining of ‘Sleeping Beauty’ told in the voices of four women of the Pre-Raphaelite circle of artists and poets; The Wild Girl, the story of the forbidden romance behind the Grimm brothers’ fairy tales which was named Most Memorable Love Story of 2013; and Bitter Greens, a retelling of ‘Rapunzel’ which won the 2015 American Library Association award for Best Historical Fiction.

Kate’s non-fiction books include Searching for Charlotte: The Fascinating Story of Australia’s First Children’s Author, co-written by her sister Belinda Murrell, with the assistance of the Nancy Keesing Fellowship. It was longlisted for the 2021 Readings Non-Fiction Prize. Her collection of essays, The Rebirth of Rapunzel: A Mythic Biography of the Maiden in the Tower, won the William Atheling Jr Award for Criticism in 2017.

Books for children include the Long-Lost Fairy-Tales collection, illustrated by Lorena Carrington. The first in the series, Vasilisa the Wise & Other Tales of Brave Young Women, won a silver medal in the 2018 US Readers Favorite Book awards.

Kate has a Doctorate of Creative Arts in fairy tale studies, and is also an accredited master storyteller with the Australian Guild of Storytellers. She has taught writing retreats in Australia, Fiji, Greece, and the United Kingdom. For further information: