With prize money of $60,000, the new ARA Historical Novel Prize gives Australian and New Zealand historical novelists the chance to be recognised in a class of their own, with the most significant prize purse for any genre-based prize in Australasia. The overall prize winner will receive $50,000, with an additional $5,000 to be awarded to each of the remaining two shortlisted authors.

The ARA Historical Novel Prize has been made possible by the generosity of our principal partner, ARA Group, which has ensured the success of our last two biennial conferences with their continuing support.

The winner of the ARA Historical Novel Prize is Stone Sky Gold Mountain by Mirandi Riwoe which was announced in Sydney by both video broadcast and live streamed via the HNSA Youtube channel.

The ARA Historical Novel Prize is open to authors who are citizens or residents of Australia or New Zealand. Books published between 1 January 2019 and 30 June 2020 are eligible for entry. Entries may be submitted by authors, publishers or agents. Self-published books are also eligible. Now Australian and New Zealand historical novelists have a chance to be rewarded for excellence in writing, depth of research, and reader appeal.

The submission period is now CLOSED.

HNSA extends its best wishes to all during this difficult time. The good news is that the timetable for the contest has not been affected to date. HNSA also recognises that postal delays may occur due to the impact of COVID-19 restrictions on the Australian and New Zealand postal services. Leeway for late lodgement will be allowed for entries received after the deadline provided the post office time stamp pre-dates 30 June 2020. It is recommended that nominators keep a tracking ID number as proof of postage.

After the close of submissions, HNSA will reconcile Trybooking ticket transactions against the list of titles lodged. If a title has not been received, HNSA will contact the nominator to ascertain when and from where the entry was sent. Please do not contact HNSA to seek confirmation of receipt of an entry.

Our panel consists of our Chair, Linda Funnell, co-editor of the Newtown Review of Books, freelance editor and publishing consultant;  Paula Morris, historical novelist, academic and founder of the Academy of New Zealand Literature; Kirsty Murray,  historical novelist, Creative Fellow of the State Library of Victoria and Asialink Literature Resident in India; and Colin Falconer, author of over two dozen novels of historical fiction translated across 23 languages.

The ARA Historical Novel Prize (the Prize) is only for published historical novels which fall within the definition of historical fiction set out below: For more information email contact@hnsa.org.au
Contact Us 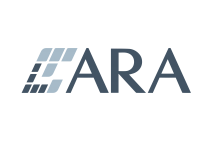 The Historical Novel Society Australasia is the third arm of the international Historical Novel Society, and is recognised as the home of the historical fiction genre in Australasia. The Society promotes the writing, reading and publication of historical fiction, especially in Australia and New Zealand, through its biennial conferences held since 2015. Our events showcase the best of literary talent, and enable readers, writers and publishing professionals to celebrate the genre. Our next conference will be in 2021.

The inauguration of the ARA Historical Novel Prize is the crown jewel in HNSA’s suite of literary contests. HNSA also runs the ARA HNSA Short Story Contest, The TCW First Pages Pitch Contest, and introduced the Colleen McCullough Residency held on Norfolk Island in 2019. In 2020 it plans to announce the Elizabeth Jane Corbett Mentorship for Young Adult historical novelists.

NEWC is a dynamic regional literary organisation which has been operating for 25 years in the beautiful, vast New England region of northern New South Wales. We run workshops in all aspects of writing and publishing, host visiting authors, offer professional development and pitching opportunities for aspiring regional writers and illustrators, and showcase local book industry professionals, including writers, illustrators, editors and publishers. We also run two prestigious national awards, the New England Thunderbolt Prize for Crime Writing, and the New England Illustration Prize, as well as the Varuna/New England Writers’ Centre Fellowship, run in partnership with Varuna the National Writers’ House. You can find out more about us at our website.
Contact us for all your enquiries about the ARA Historical Novel Prize or our biennial conferencesJoin our discussions about historical fiction at our Facebook Group


Let's make a noise about historical fiction!

Scroll back to top