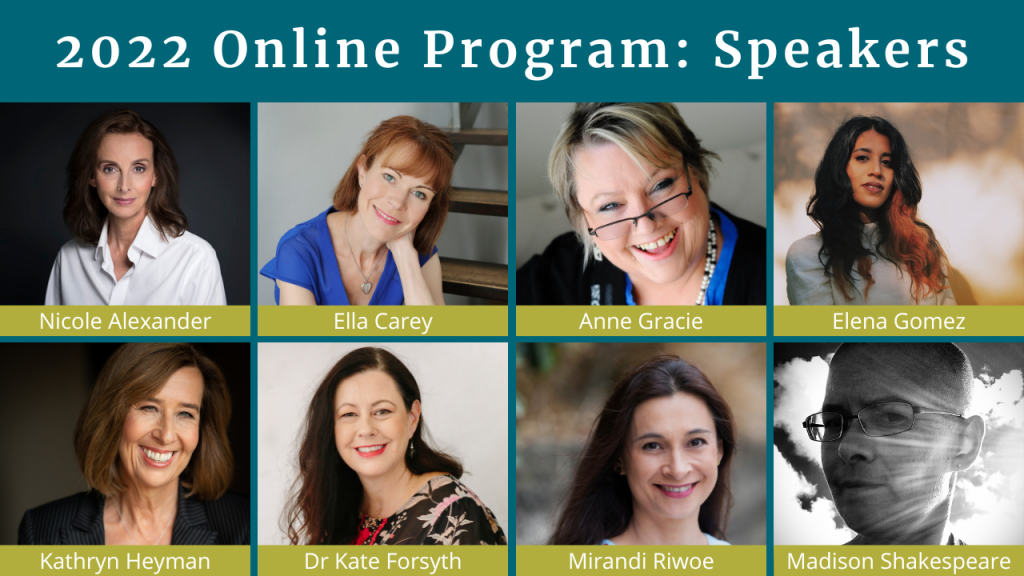 Nicole Alexander’s novels, poetry, travel, creative writing and genealogy articles have been published in Australia, America, Singapore, New Zealand, Ukraine, Germany and Canada. She is the author of ten bestselling historical novels. Nicole’s debut novel, The Bark Cutters was shortlisted for an Australian Book Industry Award and she holds a Master of Letters in creative writing and literature. She is Chair of the 2021 ARA Historical Novel Prize. Her most recent work is The Cedar Tree. For further information:

Ella Carey is the USA Today and Amazon charts bestselling author of Secrets of Paris series, as well as the standalone kindle bestsellers, Secret Shores, The Things We Don’t Say and Beyond the Horizon. A New York Secret is the first in her new trilogy and published in March 2021. The second book, The Lost Girl of Berlin, is publishing on July 12th, 2021, and is set in the aftermath of the Second World War. Ella has recently signed a nine-book deal with Hachette UK imprint Bookouture and her New York series has been sold for translation into seven languages. For further information:

Anne Gracie has been published by Berkley (PenguinRandomHouse USA) for the last 20 years. A national bestseller in the USA, her books have also been translated into eighteen languages, and include Japanese manga editions. Anne writes historical romance set in the Regency-era, and generally writes in series. Her latest book is The Scoundrel’s Daughter, with The Rake’s Daughter coming in August.
Anne blogs, is on social media, and also blogs fortnightly with the WordWenches, a group of seven best-selling historical authors from the USA and the UK — and Australia. For further information:

Elena Gomez is an experienced freelance book editor and writer. She has previously worked at Text Publishing, Sydney Living Museums and most recently at Penguin Random House as Deputy Managing Editor. Elena is Reviews Editor of Cordite Magazine, and Express Media’s Toolkits Poetry facilitator 2020–21. She is a mentor and researcher, and has experience on both sides of the editorial relationship as a published poet. Elena is experienced in a wide range of genre, including commercial and literary fiction, narrative non-fiction, health and personal development, memoir and biography. For further information:

Kathryn Heyman taught Creative Writing at the University of Oxford and is now the director of the Australian Writers Mentoring Program. For further information:

Dr Kate Forsyth is an award-winning author, poet, and storyteller. Her most recent novel is The Crimson Thread, a reimagining of ‘The Minotaur in the Labyrinth’ myth set in Crete during the Nazi invasion and occupation of World War II.

Other historical novels include Beauty in Thorns, a reimagining of ‘Sleeping Beauty’ told in the voices of four women of the Pre-Raphaelite circle of artists and poets; The Wild Girl, the story of the forbidden romance behind the Grimm brothers’ fairy tales which was named Most Memorable Love Story of 2013; and Bitter Greens, a retelling of ‘Rapunzel’ which won the 2015 American Library Association award for Best Historical Fiction.

Kate’s non-fiction books include Searching for Charlotte: The Fascinating Story of Australia’s First Children’s Author, co-written by her sister Belinda Murrell, with the assistance of the Nancy Keesing Fellowship. It was longlisted for the 2021 Readings Non-Fiction Prize. Her collection of essays, The Rebirth of Rapunzel: A Mythic Biography of the Maiden in the Tower, won the William Atheling Jr Award for Criticism in 2017.

Books for children include the Long-Lost Fairy-Tales collection, illustrated by Lorena Carrington. The first in the series, Vasilisa the Wise & Other Tales of Brave Young Women, won a silver medal in the 2018 US Readers Favorite Book awards.

Kate has a Doctorate of Creative Arts in fairy tale studies, and is also an accredited master storyteller with the Australian Guild of Storytellers. She has taught writing retreats in Australia, Fiji, Greece, and the United Kingdom. For further information:

Mirandi Riwoe’s Stone Sky Gold Mountain won the inaugural 2020 ARA Historical Novel Prize and the Queensland Literary Award and was shortlisted for the Stella Prize and longlisted for the Miles Franklin Award. Her novella The Fish Girl won Seizure’s Viva la Novella and was shortlisted for the Stella Prize. Her work has appeared in Best Australian Stories, Meanjin, Griffith Review and Best Summer Stories. Mirandi has a PhD in Creative Writing and Literary Studies (QUT). For further information:

Identifying proudly as an East coast salt-water First Nation person of Australia, Madison is a multi-disciplinary lawyer, filmmaker, artist and scholar who has developed extensive academic and pedagogical experience writing and coordinating all units of the Indigenous Major at Western Sydney University. Whilst still leading the Indigenous Major she is also engaged in decolonising cultural interface research at Flinders University and is privileged to learn from and collaborate with First Nations Peoples of Australia and globally.