In conjunction with its generous sponsor ARA Group, the Historical Novel Society Australasia (HNSA) has announced the three talented authors, and their outstanding novels, selected in the Shortlist for the 2021 ARA Historical Novel Prize – CYA Category. The shortlisted entries include:

The ARA Historical Novel Prize winners will be announced at the HNSA virtual conference on 22 October 2021. Join our free virtual Cocktail Party to celebrate the announcement of the winners of the $100,000 2021 ARA Historical Novel Prize. Presented by Julia Baird, the virtual Cocktail Party will include illustrated readings from the shortlisted books, and you’ll be able to hear from our judging panels, as well as the authors themselves.

THE GRANDEST BOOKSHOP IN THE WORLD BY AMELIA MELLOR 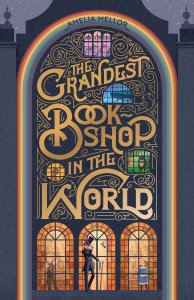 About The Grandest Bookshop in the World

Pearl and Vally Cole live in a bookshop. And not just any bookshop. In 1893, Cole’s Book Arcade in Melbourne is the grandest bookshop in the world, brimming with every curiosity imaginable. Each day brings fresh delights for the siblings: voice-changing sweets, talking parrots, a new story written just for them by their eccentric father.

When Pearl and Vally learn that Pa has risked the Arcade – and himself – in a shocking deal with the mysterious Obscurosmith, the siblings hatch a plan. Soon they are swept into a dangerous game with impossibly high stakes: defeat seven challenges by the stroke of midnight and both the Arcade and their father will be restored. But if they fail Pearl and Vally won’t just lose Pa – they’ll forget that he and the Arcade ever existed. 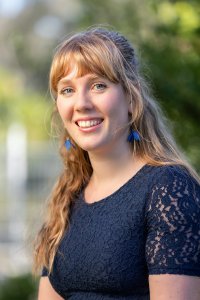 The Grandest Bookshop in the World has won the Indie Bookseller’s Children’s Award, the Australian Book Industry Award for books for children aged 7 to 12 and the Patricia Wrightson Prize for Children’s Literature in the NSW Premier’s Literary Awards. It was also a CBCA Notable Book and shortlisted for the Readings Prize. When she isn’t writing, Amelia enjoys hiking, gardening and drawing. Amelia is an English teacher in regional Victoria. For further information:

“I’m thrilled to be shortlisted for the first Childrens and Young Adult ARA Historical Novel Prize. Historical fiction is such a great way to engage young readers in times and places beyond their own experiences, and it has provided a great escape for those of us living through this historic pandemic. Thank you, ARA, for supporting Australian historical writing! Congratulations to Pamela and Katrina, too - I know how hard they must have worked!”

“Based on the very real Cole’s Book Arcade in Melbourne, Amelia Mellor’s debut is nonetheless a feat of imagination. Set in 1893 at the height of the book emporium’s popularity, the novel uses the Arcade’s many array of delights as a base for its story.  Alongside the thousands of books, it had smarty-dressed staff, a toy department, a sweet shop, a tropical fernery, a tea salon and a band. Into this busy, colourful environment, Mellor introduces Pearl and Vally, children of Edward Cole, the owner of The Grandest Bookshop in the World. Though Pearl and Vally did exist, it’s their fictional counterparts that drive Mellor’s book. When a trickster enters the scene, the kids realise that their father and his beloved bookshop are at risk. To reclaim them both the siblings have to defeat seven challenges set by the stranger by midnight. The Grandest Bookshop in the World is an intricately detailed, fast-paced adventure tale of good and evil; one that pits the resourcefulness and ingenuity of children against the cunning greed of a character called the Obscurosmith. It’s a gorgeous blend of magic and realism.”

WE ARE WOLVES BY KATRINA NANNESTAD 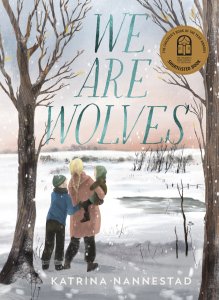 About We Are Wolves

When the Russian Army marches into East Prussia at the end of the war, the Wolf family must flee. Liesl, Otto and their baby sister Mia find themselves lost and alone, in a blizzard, in the middle of a war zone. Liesl has promised Mama that she will keep her brother and sister safe.

But sometimes, to survive, you have to do bad things. Dangerous things. Wild things.

Sometimes to survive, you must become a wolf.

Katrina Nannestad is an award-winning Australian author. Her books include We Are Wolves, The Girl Who Brought Mischief, the Travelling Bookshop series, the Girl, the Dog and the Writer series, the Olive of Groves series, the Red Dirt Diaries series, the Lottie Perkins series, and the forthcoming novel Rabbit, Soldier, Angel, Thief.  We Are Wolves has been shortlisted in the 2021 CBCA Awards, the 2021 Book Links Awards, and the 2021 Queensland Literary Awards, as well as being longlisted in the 2021 ABIA Awards and winning best designed children’s fiction book at the 2021 ABDA Awards. For further information:

"I am delighted and honoured that We Are Wolves has been shortlisted for the ARA Historical Novel Prize in the CYA category. This is a wonderful prize that celebrates historical fiction and is a great encouragement those who write it. Historical novels bring history alive for our young readers! "

“When the German defences start collapsing, towards the end of WWII, the Wolf family flees their home in East Prussia to escape the Russian army. Papa is already missing in action, and soon the three children must leave behind not only their Opa and Oma, but even their mother.”

“Alone, Liesl, Otto and baby Mia learn to live wild, competing with thousands of other displaced war orphans who roam the forests and fringe farmlands of their conquered homeland. Sometimes they steal food and clothing, sometimes they forage, barely surviving by killing and eating any living creature they can find. Old norms, habits and moral standards are stripped away, and Liesl’s constant cry, “we are not wolves” becomes more and more an empty denial that they have become wolves in all but physiognomy.”

“This is a simply and beautifully written, deeply moving account of survival. How much can you endure?”

“It’s also a testing of faith. Who and what can you trust? Can a 12-year-old girl turn her back on the huge propaganda machine of the German Reich?”

“And it’s a debate about identity. How much can you change – and be changed – and still be true to yourself?”

THE MUMMY SMUGGLERS OF CRUMBLIN CASTLE BY PAMELA RUSHBY 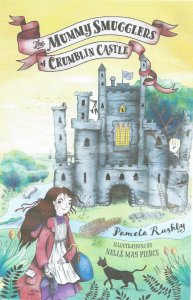 About The Mummy Smugglers of Crumblin Castle

1873 England: Orphaned Hattie goes to live with her great uncle and aunt in their crumbling castle in the English Fens. There, Great Aunt Iphigenia hosts flamboyant mummy-unwrapping parties to save her home from ruin – until the mummy supply runs out. On a dangerous search for more, a thousand miles up the Nile, Hattie is haunted by these ancient souls and tries to free them with unexpected consequences. A potent blend of fantasy and history, this rambunctious story has it all! 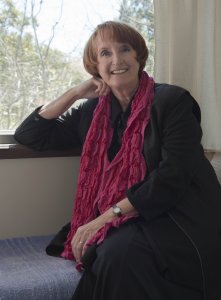 Pamela Rushby is the author of over 200 books for children and young adults, as well as children’s TV scripts, documentaries, short stories and freelance journalism. Pam has been an advertising copywriter, pre-school teacher, and producer of educational television, audio and multimedia. She has won several awards, including the NSW Premier’s Ethel Turner Prize, six CBCA Notable Books – and a bag of gold coins at a film festival in Iran! Pam believes the strangest, most riveting, heart-breaking, laugh-out-loud stories aren’t fiction. They’re real. They come from history. And she loves tripping over unusual incidents from history – and then writing about them. For further information, visit Pamela’s website.

“I am utterly thrilled and honoured to be on the shortlist for the ARA Historical Novel Prize! I love tripping over little-known events in history and writing about them. So when I discovered Victorian mummy-unwrapping parties (yes, they were real!) I was desperate to put them in a book. Somehow, fantasy crept in: an orphaned heroine, a guardian unfortunately eaten by a crocodile, a ruined castle in the fens, a family of house-keeping cats that polish floors and bake muffins, and a mummy-smuggling thousand-mile journey up the Nile. It was really total self-indulgence: I wrote the book I would have loved to read when I was ten, a mix of fantasy and totally accurate historical details. Beautifully illustrated by Nelle May Pierce. I had the best fun researching and writing this, and I’m so pleased others are liking it too. Many thanks to the judges, ARA and HNSA.”

It is usually a distressing experience to be informed that a close relative has been eaten by a crocodile.

“This captivating first sentence of The Mummy Smugglers of Crumblin Castle by Pamela Rushby sets the tone for this quirky, rollicking tale of mummies, castles, crocodiles and villains. We are taken back to England in 1973 when orphaned twelve-year-old Hattie goes to live with her great uncle and aunt in their crumbling castle in the English Fens. There, Great Aunt Iphigenia hosts flamboyant mummy-unwrapping parties to save her home from ruin – until the mummy supply runs out. The family are forced to embark on a perilous journey up the Nile in search of more mummies- with some very unexpected consequences.”

“This is a well written and impeccably researched tale offering a fascinating exploration of Egyptian history, the mummification process, artefacts, hieroglyphs and more. The novel also raises really interesting questions such as whether mummies should be displayed in museums today. Rushby’s text is creatively supported with black and white illustrations by Nelle May Pierce and is perfectly pitched for middle grade readers.”

From Paul Macdonald, Chair of the Judging Panel

“As a panel of judges for the ARA Historical Novel Prize 2021 Children’s and Young Adult Category, we spent a lot of time discussing the range of submitted books before deciding on the nine long-listed titles. We spent a lot more time trying to determine the top three titles to be short-listed. While agreement was reached, we are pleased to note that it was a challenging process because of the high standard of entries. The shortlisted titles are remarkable for many reasons and are striking in their diversity. The three titles demonstrate excellence in writing and certainly demonstrate depth of research. A most significant factor in the judging process is to acknowledge the work’s widespread reader appeal- and the three short-listed titles are so appealing for today’s young readers.”

“Amelia Mellor’s The Grandest Bookshop in the World is a remarkable debut set in Melbourne Australia in the late 1800’s. Mellor’s work offers a dose of both magic and realism and opens the door to past times with gusto and delight. The Mummy Smugglers of Crumblin Castle by Pamela Rushby is also set in the late 1800’s but this novel allows us to travel to exotic mummy-unwrapping parties in Victorian London and to experience trips along the exotic Nile River. Like Mellor, Rushby employs a blend of fantasy and realism, weaving through the narrative the most curious and bizarre historical details. Our final short-listed title, We are Wolves by Katrina Nannestad, transports the reader to East Prussia at the end of World War 11. Sadly for the German children at the centre of this tale, there is no magic, only the harsh reality of war. Nannestad highlights dislocated lives though also manages to offer hope and a future for some of those characters whom we have come to love.”

“The best historical fiction should not only offer a window to the past but resonate with readers’ lives today. Authors Amelia Mellor, Pamela Rushby and Katrina Nannestad have created stories that do connect the past and present. Ultimately this year’s short-listed titles unquestionably offer compelling stories that encourage the reader to imagine- and reimagine- the past.”