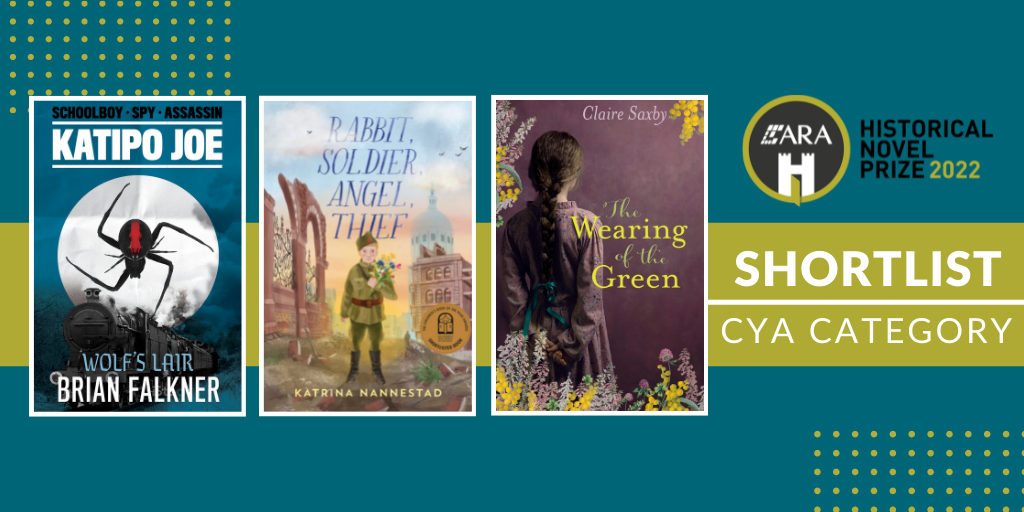 In conjunction with its generous sponsor ARA Group, the Historical Novel Society Australasia (HNSA) has announced the three talented authors, and their outstanding novels, selected in the Shortlist for the 2022 ARA Historical Novel Prize – CYA Category. The shortlisted entries include:

The Winners of the ARA Historical Novel Prize will be announced on Thursday 20 October 2021.

According to Paul McDonald, “The Judges of the 2022 ARA Historical Novel CYA Prize were thoroughly impressed by the great writing and the detailed research demonstrated by the short-listed titles in this year’s awards. Historical fiction novels are powerful in their ability to transport the reader to the past, urging the reader to make connections between the past and present.  The three short-listed titles all demonstrate this power. The reader is transported to Melbourne in the 1850s in The Wearing of the Green and immersed in landscapes of the Second World War in both Katipo Joe: Wolf’s Lair and Rabbit, Soldier, Angel, Thief. Entries ultimately offered narratives that are moving, page-turning and full of heart.” 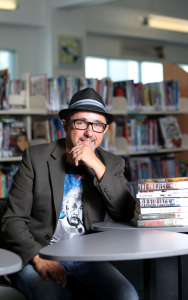 Brian Falkner began college intending to study computers, but along the way he decided to shift his focus to something more creative. After gaining a diploma of journalism, he worked as a reporter and advertising copywriter. Other jobs helped pay the bills and also expand the first-hand experiences that would enrich his fiction, among them stints as a motorcycle courier, radio announcer, graphic designer, and an Internet developer.

Brian’s previous books with Scholastic NZ have been the widely acclaimed Shooting Stars, and his World War One novel, 1917 Machines of War, part of the Kiwis at War series. Katipo Joe: Blitzkrieg, released in 2020, and Katipo Joe: Spycraft, released in 2021, are the first two books in the Katipo Joe series. Brian currently lives on the Gold Coast of Australia. For more information, visit Brian’s website. 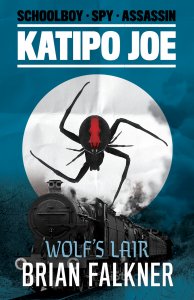 The harrowing and thrilling story of Joseph (Katipo) St George continues. Joe has penetrated the very heart of the Nazi spiderweb, spying on Adolf Hitler and his cronies as the Second World War gains momentum and Germany begins its crucial invasion of the Soviet Union. But British Intelligence wants Hitler dead. Joe must use all his skills and put not only his own life at risk, but the lives of the people he most cares about.

From Hitler’s armoured train, to the secret Nazi headquarters in a swampy East Prussian forest, this is Joe’s story. Set amidst real events and real-life characters in real-world locations, Joe’s adventures will bring the realities of the Second World War to life for young readers.

A Quote from Brian Falkner

“I have been accused of whitewashing the Nazi leadership in my memoirs. Some people say I make them seem human. But therein lies the problem. I saw these men up close. They were human. If we think of them only as monsters and demons we may lose sight of the fact that they were very much like you and I. They had the same number of eyes, ears and limbs. If we forget what humans are capable of, we risk it happening all over again.”

“So says Joseph (Katipo) St George – a fictional character – in his memoirs.”

“I don’t think I could put it better than Joe. Through fiction we can explore our own past, remember it, to make sure it never happens again. By recognising excellence in historical fiction, the ARA Awards are helping ensure we never forget the terrible roads the world once trod.”

Judge Paul McDonald on Wolf’s Lair: “Wolf’s Lair offers an epic conclusion to the Katipo Joe Trilogy though stands alone as a gripping narrative set in the centre of Hitler’s inner circle as the Second World War gains momentum and Germany begins its crucial invasion of the Soviet Union. Falkner has created an authentic narrative and a nail-biting adventure, cleverly mixing fictional characters with historical figures such as Hitler, all so vividly brought to life as the protagonist works to  stop the evil dictator in his tracks. By novel’s end, Falkner offers so much more than just an action novel, exploring tensions and moral questions with energy, sensitivity and masterly skill.” 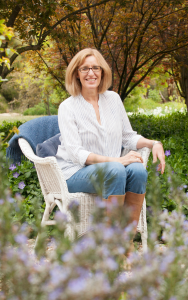 Katrina Nannestad is an award-winning Australian author. Her books include the CBCA-shortlisted We Are Wolves, The Girl Who Brought Mischief, the Travelling Bookshop series, the Girl, the Dog and the Writer series, the Olive of Groves series, the Red Dirt Diaries series, the Lottie Perkins series, and the historical novel Rabbit, Soldier, Angel, Thief. Katrina’s novel, We Are Wolves, was the winner of the inaugural 2021 ARA Historical Novel Prize.

Katrina grew up in country New South Wales, in a neighbourhood stuffed full of happy children. Her adult years have been spent raising boys, teaching, daydreaming and pursuing her love of stories. Katrina celebrates family, friendship and belonging in her writing. She also loves creating stories that bring joy or hope to other people’s lives.

Katrina now lives on a hillside in central Victoria with her husband, a silly whippet called Olive and a mob of kangaroos. For further information: 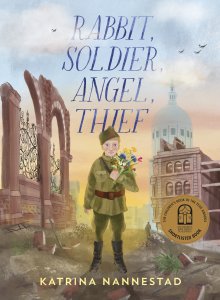 Wood splinters and Mama screams and the nearest soldier seizes her roughly by the arms. My sister pokes her bruised face out from beneath the table and shouts, ‘Run, Sasha! Run!’

It’s spring, 1942. The sky is blue, the air is warm and sweet with the scent of flowers. And then everything is gone. The flowers, the proud geese, the pretty wooden houses, the friendly neighbours. Only Sasha remains.

A Quote from Katrina Nannestad

“I’m thrilled that my book, Rabbit, Soldier, Angel, Thief, has been shortlisted for the 2022 ARA Historical Novel Prize. The first books I recall getting really excited about as a young reader, were historical novels. Historical fiction is a wonderful genre through which children can learn about the past, explore the events that shape our world – and be entertained! This shortlist celebrates all these things and is a wonderful encouragement to writers of the genre.”

Judge Deborah Abela on Rabbit, Soldier, Angel, Thief: “This novel was a joy to read. From Katrina’s lyrical prose, to her unique, terrible and poignant depiction of war and its impact on everyone in its wake. It is convincing, engaging and well-researched. The war in Russia is seen through the eyes of a young boy, which creates a lovely innocence that is passed onto the reader, who learns about the complexities of war – the atrocities but also the kindnesses – as the main character does. Katrina also is a master of detailing a terrible incident, knowing just what to include and leave out for a young reader. Rabbit, Soldier, Angel, Thief is moving, breathtaking and outstanding.”

THE WEARING OF THE GREEN BY CLAIRE SAXBY 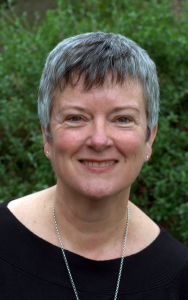 Claire Saxby lives in Melbourne, Australia and loves her city. She is the bestselling and award-winning author of many books. There Was an Old Sailor (illustrated by Cassandra Allen) won the Society of Children’s Book Writes and Illustrators Crystal Kite Award. Big Red Kangaroo and Emu (both illustrated by Graham Byrne) and Koala (illustrated by Julie Vivas) have won numerous awards including the Whitley Award, the Environment Award for Children’s Literature, and Children’s Book council of Australia (CBCA) Crichton Award. Koala was a CBCA Honour Book. Dingo (illustrated by Tannya Harricks was joint winner of the Patricia Wrightson Prize for Children’s Literature at the NSW Premier’s Literary Award (2019); won the Royal Zoological Society of NSW’s Whitley Award (2018); was shortlisted in 2019 for the CBCA New Illustrator Award, and Best Picture Book in the Educational Publishing awards. For further information, visit:

ABOUT THE WEARING OF THE GREEN 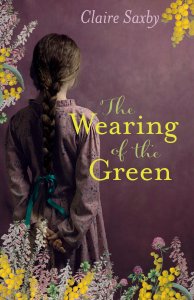 A powerful historical novel exploring themes of racism, classism and gender expectations present in a growing nation. When Biddy arrives in Melbourne from Ireland in 1850, she knows exactly what she’s going to do – find her rebellious big brother, Ewen. Her plans are derailed when he’s not there to meet her and she’s forced into a situation that is nothing like she expected. Faced with challenges and chased by luck, bad and good, Biddy must find a strength within herself to build a new life – and to find her missing brother.

A Quote from Claire Saxby

“I’m so excited that The Wearing of the Green has beenshortlisted for the HNSA’s ARA Historical Novel Award! What an honour to be shortlisted from this longlist of diverse and fabulous novels. History tells the stories of events large and small and historical novels bring those events to life through the eyes of individuals trying their best to survive and thrive. Novels for young people offer insights into other worlds, other times, while simultaneously giving them a chance to see their own struggles and their own striving reflected on the page. Thank you so much to HNSA and ARA for this opportunity to further share my story.”

Judge’s Quote on The Wearing of Green

Judge Rachael King on The Wearing of Green: “The young heroine of Claire Saxby’s gripping, gorgeously written novel The Wearing of the Green drives the story with her courage and determination. We fall in love with Biddy, an Irish immigrant fresh of the boat following tremendous hardship and loss in her home country. But instead of a better life, she encounters new hardships – loneliness and back-breaking work as domestic help to a cruel and wreckless farmer trying to scratch an existence on the unforgiving Australian soil. With issues of sexism, classism and racism, this book doesn’t shy away from difficult material, but the impeccable research is seamlessly incorporated into a compelling story. The writing is visual and evocative, with deft characterization and a beautiful heart.”