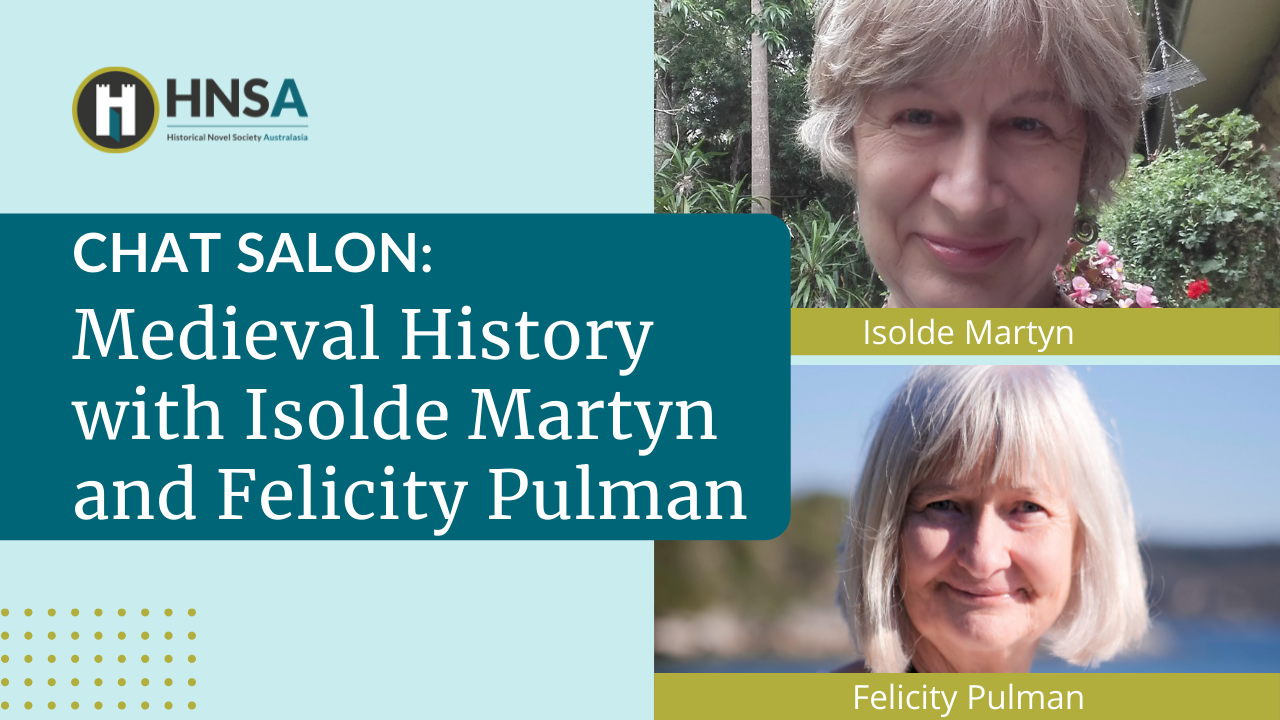 The Middle Ages extended from the collapse of the Roman Empire through to the dawn of the Renaissance. Expert researchers and talented authors, Isolde Martyn and Felicity Pulman, are happy to field your questions or hear about your own Medieval research gems.

Historian and former editor Isolde Martyn enjoys setting her stories in turbulent times such as the Wars of the Roses or the French Revolution. Her debut novel The Maiden and the Unicorn won top awards in the USA and Australia. She has just completed both her ninth novel, which is set in late Elizabethan England, and an Australian history picture book. She is currently Chair of the Plantagenet History Society of Australia. For further information:

Felicity Pulman’s fascination with mystery, history (Australian and medieval England) and Arthurian legend are reflected in her award-winning novels for children/teens and adults. Her medieval crime series, The Janna Chronicles, is set in the 1140s at the time of the ‘Anarchy’. Her latest series, the Shalott trilogy, is set in the quasi medieval world of Camelot, England in 1133, and Australia today. Five teenagers set out to change an ancient legend – but are they actually creating it? Felicity has many years’ experience talking about researching and writing her novels, and conducting creative writing workshops for all ages. For further information: