Jackie Ballantyne in Conversation with Rosalie Ham and Kayte Nunn 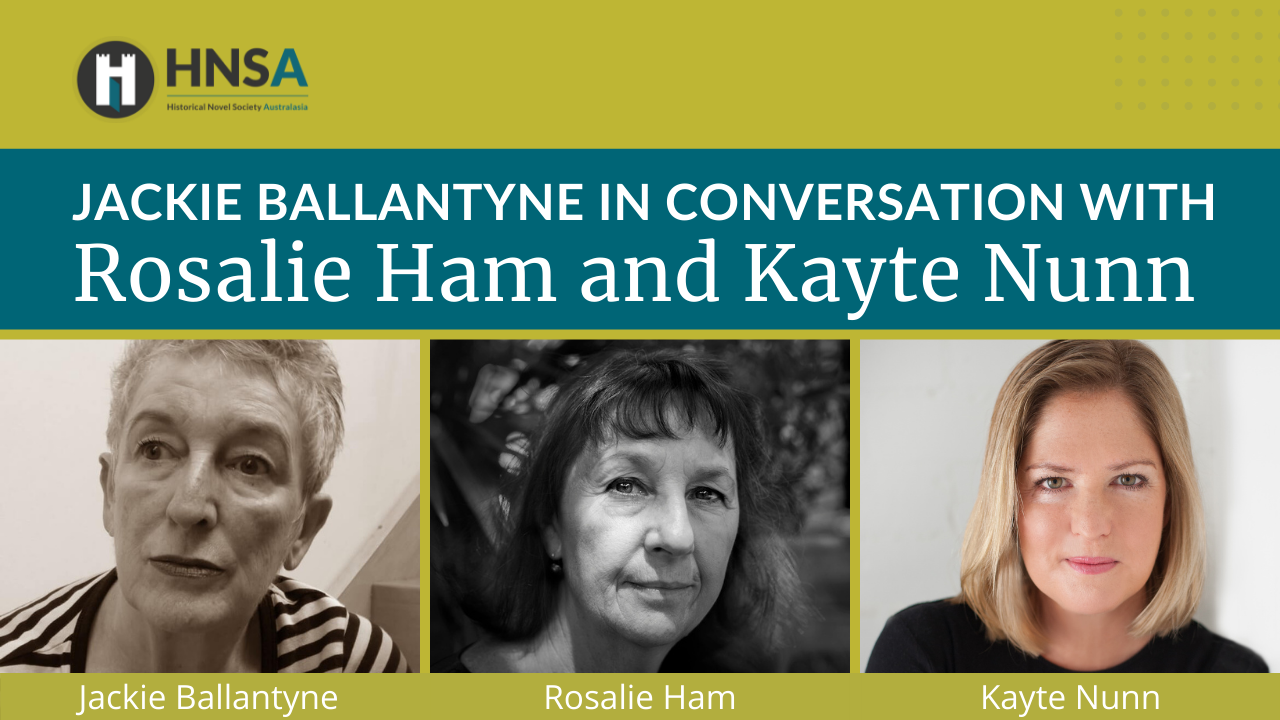 Jackie Ballantyne is an award-winning Australian/New Zealand author. In 2005 her story, ‘I saw them make sausages out of Aldo Falzone’s horse’, was runner-up in the Middlesex University (UK) Literary Prize for Fiction. Her first novel How to Stop a Heart from Beating was published in 2007 by Random House New Zealand and continues to be a favourite with the Book Discussion Scheme in that country. Her second novel, The Silver Gaucho, published in 2014 by The Doby Press, NZ, was shortlisted for the International Rubery Book Award in 2015. Jackie now lives in Melbourne and is currently working on another novel. For further information:

Rosalie Ham is a Melbourne writer and retired Literature teacher. She is best known for her first novel, which was adapted to film in 2015 and starred Kate Winslet, Judy Davis, Hugo Weaving and Liam Hemsworth. The novel, The Dressmaker follows the film across the world and has now been published in 16 countries. Rosalie’s other novels are Summer at Mount Hope, There Should be More Dancing and Year of the Farmer. Rosalie’s fifth novel, The Dressmaker’s Secret, a sequel to The Dressmaker, was published October, 2020. For further information:

Kayte Nunn is a former book and magazine editor, and the author of five previous novels, including the international bestselling The Botanist’s Daughter, The Forgotten Letters of Esther Durrant and The Silk House. The Botanist’s Daughter was the 2020 winner of the Winston Graham Historical Fiction Prize. The Last Reunion is based on the experiences of the Women’s Auxiliary Service (Burma) during the Second World War. Kayte lives in the Northern Rivers region of New South Wales. For further information: