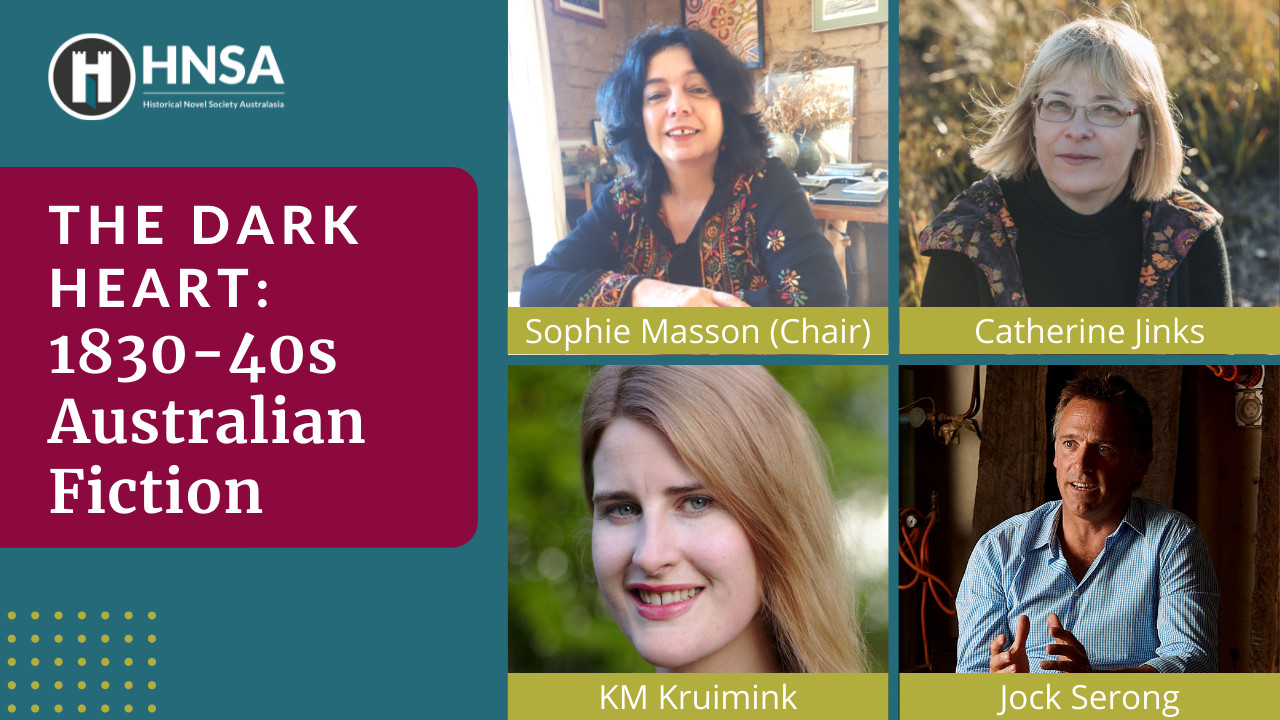 Drawing on the early convict period, Catherine Jinks, Jock Serong and KM Kruimink recreate the realities and peculiarities of a rapidly changing period of Australian history. Sophie Masson asks these authors how they approached setting novels within the violent origins of a shared history, and created a world where the opportunity to leave behind former class structures occurred within a brutal environment.

Born in Indonesia of French parents Sophie Masson AM is the award-winning author of over 70 books, for children, young adults and adults, many of which are in the historical novel genre. These include the bestselling award-winner The Hunt for Ned Kelly (Scholastic Australia, children’s) and the genre-bending Forest of Dreams(Penguin/Random House, adult). Forthcoming in 2022 is Sydney under Attack(Scholastic Australia, children’s) Sophie is also a founding partner and publishing director of award-winning small publisher, Christmas Press, a children’s/YA specialist, which has published historical novels for children, by established and emerging authors, under its Eagle Books imprint. For more information:

Catherine Jinks was born in Brisbane, Australia in 1963. She grew up in Papua New Guinea and now lives in the Blue Mountains. Catherine is a four-time winner of the Children’s Book Council of Australia Book of the Year award, and has also won a Victorian Premier’s Literature Award, the Adelaide Festival Award for Literature, the Ena Noel Award for Children’s Literature and an Aurealis Award for Science Fiction. Her novel ‘Shepherd’ was shortlisted for the HNSA historical novel award in 2020; she published ‘The Attack’ in September 2021. For more information:

KM (Kate) Kruimink is a novelist and short story writer from southern lutruwita/Tasmania. Her debut novel, A Treacherous Country, won the 2020 Australian/Vogel’s literary award, and was longlisted for the Walter Scott Prize for Historical Fiction in the UK. She was one of the Sydney Morning Herald’s Best Young Novelists for 2020. Kate is currently working on her second novel. For more information:

Jock Serong is the author of five novels and the founding editor of Great Ocean Quarterly. His non-fiction work appears regularly in Australian media such as The Monthly and Sydney Morning Herald. Jock’s latest novel is The Burning Island, the second volume in a historical trilogy about true events in Bass Strait’s Furneaux Islands in the early nineteenth century. For more information: