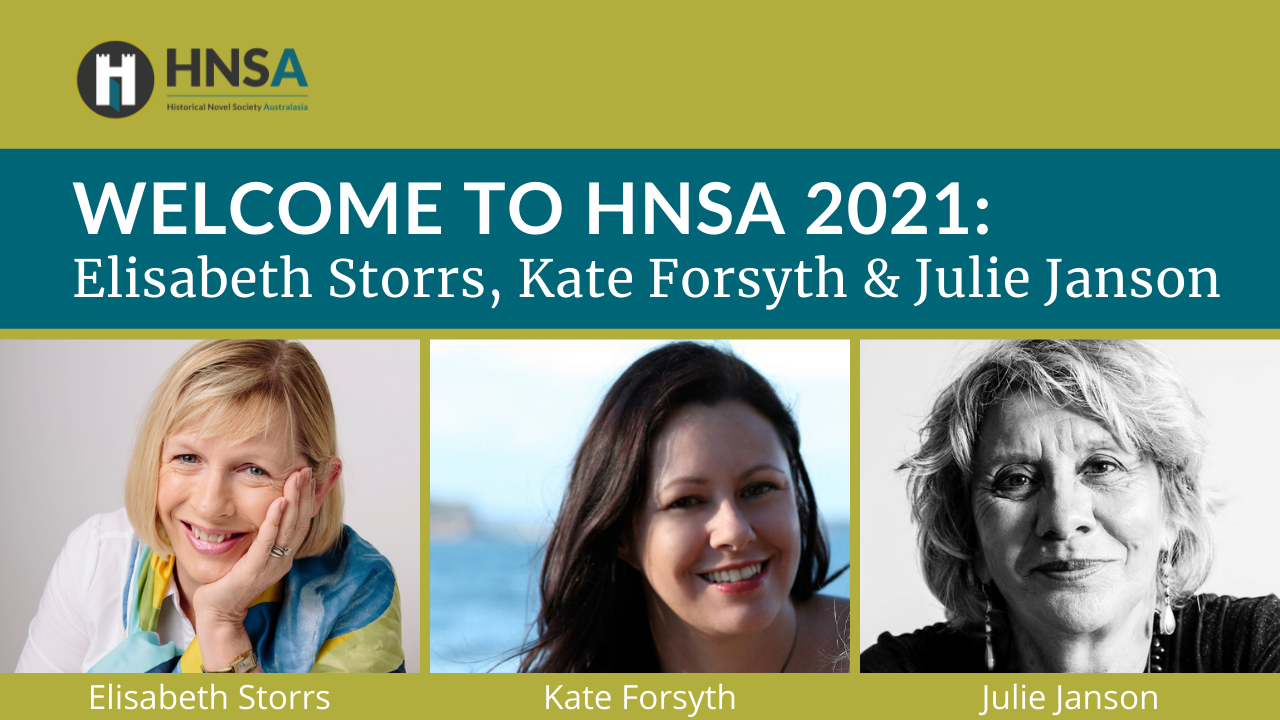 Julie Janson will perform a Welcome to Country to open HNSA 2021. HNSA Chair, Elisabeth Storrs, and HNSA Patron, Kate Forsyth, kick off proceedings to address our conference theme and introduce what’s on offer over an inspirational weekend of interview, panels, chat conversations and workshops.

Julie Janson is a Burruberongal woman of Darug nation. She is a novelist, playwright, and poet. Her most recent novel, “Benevolence”, was published by Magabala 2020 and will be published by Harper Collins in the USA and UK. While living in remote Northern Territory Aboriginal communities in her early years as a teacher, she began writing Indigenous plays and making giant puppets, masks and costumes. Her career as a playwright includes productions at Belvoir St Theatre, Adelaide Festival Centre and Sydney Opera House. She was co-recipient of the Oodgeroo Noonuccal Poetry Prize in 2016; and the winner of the Judith Wright Poetry Prize 2019. For further information:

Kate Forsyth wrote her first novel aged seven, and has sold more than a million copies since. Her novels include The Blue Rose, a story of impossible love set in Revolutionary France and Imperial China; Beauty in Thorns, a reimagining of ‘Sleeping Beauty’ set amongst the passions and scandals of the Pre-Raphaelites; Bitter Greens, a reimagining of ‘Rapunzel’ which won the 2015 ALA Award for Best Historical Fiction; and The Wild Girl,  the story of the forbidden romance behind the Grimm brothers’ famous fairy tales. Kate also has a doctorate in fairy tale studies and is an accredited master storyteller. Kate is the HNSAustralasia Patron. For further information: